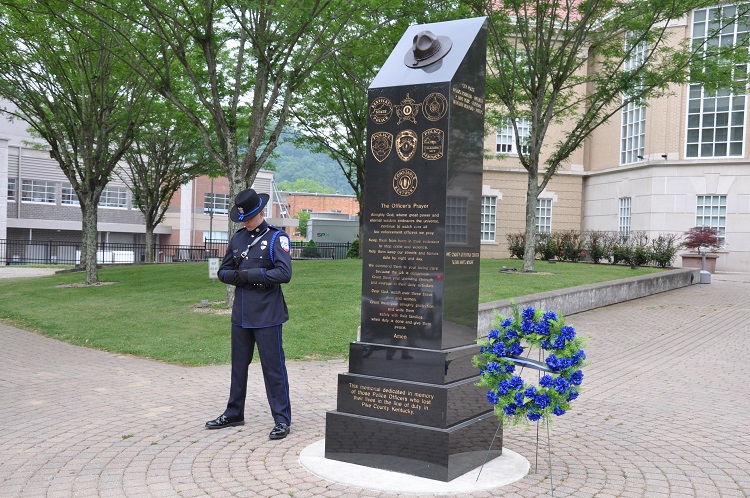 Patrolman Scotty Hamilton was investigating a theft case with a Kentucky State Police Trooper on Hurricane Road in Pikeville.  Ptl. Hamilton was ambushed and shot during the incident.