The Mission of the City of Pikeville’s Police Department is to safeguard the lives and property of our community. We are committed to adhering to citizens’ constitutional rights as we enforce the laws, preserve the peace, and protect citizens with honor and respect. We seek to follow the highest ethical standards as we conduct our duty. 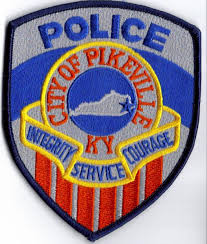 About Us:   The Pikeville Police Department is considered to be one of the best departments statewide.  Pikeville’s officers are well trained, highly motivated men and women.  Each officer receives extensive and ongoing training through the Kentucky Department of Criminal Justice in areas of collision reconstruction, drug recognition, child and spouse abuse and narcotics investigation.The Pikeville Patrol Division has an average response time of less than seven minutes. Pikeville Police provide a child safety seat inspection station that helps educate the community on the proper usage and importance of child safety seats.  Officers assist the Pikeville Independent Schools with the D.A.R.E. program and security for sporting events.

In conjunction with the 911 Center, the department offers various training and tours to schools and organizations to help educate the community on services provided, including a  portable speed trailer to aid in areas of the city that have been identified with traffic problems.

Pikeville Police Department is always open to the community for comments and suggestions for input to help improve the quality of life in the city. 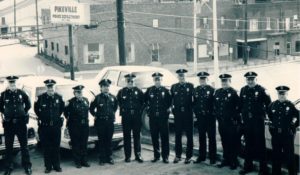 Department History:   The Pikeville Police Department was formed in 1931. The department originally consisted of only six (6) police officers. In the 1950’s the total of sworn officers reached double digits. In the 1960’s, the department was organized into a modern structure of policing and issued it’s first official uniform. In the 1970’s the department was utilizing professional training and equipment. In the 1990’s we moved into a new station located on the corner of Hambley Blvd. and Division St. which we reside in at the present. Today we have twenty (21) officers that are well trained through the Department of Criminal Justice Training (DOCJT), we also have graduates from specialized training such as the Academy of Police Supervision and Criminal Justice Executive Development.