The Life of Alfred Hitchcock 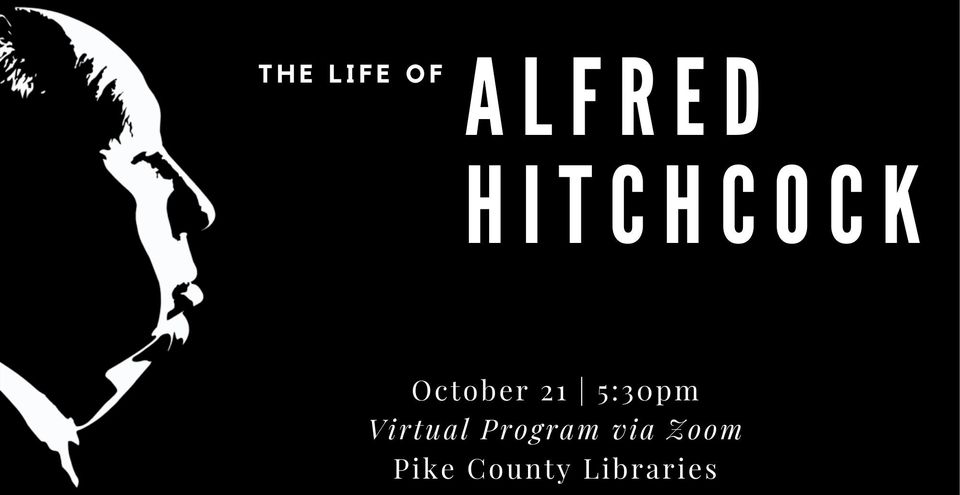 Alfred Hitchcock uncovered a world of the unknown–a world unknown to previous filmmakers and to audiences. He created a world where audiences were put on edge in suspense and where each film’s psychological twists and turns made hearts skip a beat. Often deemed, “The Master of Suspense,” Alfred Hitchcock knew how to capture your mind and run wild with it.
Historian Jim Gibbons will discuss the life of Sir Alfred Joseph Hitchcock and his great influence on the history of filmmaking. Gibbons will discuss Hitchcock’s role as a film producer, director and his cameo appearances in the films he produced. He will explain Hitchcock’s close working relationship with several Golden Age actors and actresses including James Stewart, Cary Grant, Anthony Perkins, Grace Kelly, Kim Novak and more. He will discuss his most popular movies, Psycho, Vertigo, Rear Window, The Birds and North by Northwest. Gibbons will also discuss Hitchcock’s life on and off set. Before his death, Hitchcock was not only knighted, but he also received the American Film Institute’s Lifetime Achievement Award and directed over 50 feature films.
This virtual presentation will take place on Zoom on October 21 at 5:30. It will not be live streamed.
To join the Zoom, click here:
https://us02web.zoom.us/j/87593328312
Meeting ID: 875 9332 8312