“The World of Jesus” Exhibit Coming to The App This Spring

“The World of Jesus: How Art, Archaeology & Artifacts illuminate the First Century” is a  unique museum exhibit scheduled to be on display at the Appalachian Center for the Arts  beginning Saturday, April 10th. The exhibit focuses on the Early Roman period, specifically the time period of the life of Jesus of Nazareth and the Roman Empire.

The exhibit will feature approximately 100 artifacts, including examples of Roman gods,  ancient coins, pottery from the period, and a couple storage jars possibly from sites Jesus  visited during his lifetime.

“The World of Jesus” has been on display at sites in Texas, Michigan and Illinois, but it originated at the University of Pikeville from a small team including Tommy Chamberlin,  director of the exhibit and a current Bible Seminary master’s student. Scott Stripling,  archaeologist and provost of the Bible Seminary, applied his experience excavating New  Testament era site as the consulting archaeologist for the exhibit.

“We are excited to share this world class Biblical archaeology exhibit with the people of  eastern Kentucky and our wider Appalachian region. This project focuses on the world  that Jesus knew. Our understanding of this period of history is often marred by living two  thousand years later in a different culture. Our goal is to bring to life the first century  world,” commented Chamberlin.

Robin Irwin, executive director for The App noted “To have tangible, physical objects from  the lives of people who lived during arguably the most pivotal time in the world available  before your own eyes is simply breathtaking. We are honored to host this exhibit and to  be part of this chain of history.”

Dr. Scott Stripling, directing archaeologist of the Shiloh and Khirbet el-Maqatir  excavations in Israel has said that “The public appetite for insight into Late Second Temple  Judaism and Early Christianity remains insatiable. The University of Pikeville’s “The World  of Jesus” exhibit illuminates the first-century culture into which Jesus was born. I  excavated some of these artifacts and authenticated the others. The people of eastern  Kentucky will benefit greatly from interacting with the material culture from the Classical  World.”

“The World of Jesus” will be on display at The App opening on Saturday, April 10th from  2-5pm and thereafter on weekdays from 2-5pm. The exhibit will be open for ministers,  pastors and group leaders for a preview from 4-7pm on Friday, April 9th. To schedule private visits, contact The App Center at education@theapparts.org or call the box office  at 606-262-4004. Tours with the exhibit director, Tommy Chamberlin, are available by  appointment for a donation to the project. Visit www.theapparts.org and click “Gallery” for more information. 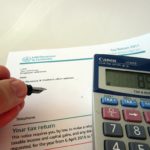 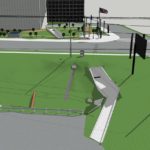