Native Reflections coming to The Appalachian Center for the Arts

(Pikeville, KY)  The Appalachian Center for the Arts (App) in Pikeville has been selected as one of several venues across Kentucky to host the Kentucky Arts Council’s traveling exhibit, Native Reflections: Visual Art by American Indians of Kentucky. The exhibit will run from January 8, to February 14, 2021. There will be an opening reception on January 8 from 4:00 to 7:00 P.M. in the second-floor gallery at the App.

“The Appalachian Center for the Arts is honored to be asked by the Kentucky Arts Council to be one of the hosts of the Native Reflections exhibit. Much of Appalachian culture has been influenced by the indigenous peoples who lived and hunted these glorious mountains before our ancestors settled here. Our hope is that this beautiful art created and practiced by these Kentucky artists will remind us that they are a piece of the mosaic that is Appalachia and that it inspires us to seek out and honor that heritage,” said Robin Irwin, executive director of the Appalachian Center for the Arts.

The exhibit features 23 works by 12 Kentuckians who identify as American Indians of either enrolled tribal membership or unenrolled, but native inspired individuals. The submitted work was adjudicated by a panel of American Indian artists and members of the Kentucky Native American Heritage Commission for inclusion in the traveling exhibit.

As required by law and custom, the Native Reflections exhibit labels indicate whether an artist is an enrolled member of a state- or federally-recognized tribe, or if they are not currently enrolled or recognized. Each artist is listed as either “Enrolled Member” or “Native Inspired.”

“Kentucky was the homeland of the Shawnee everywhere but in the extreme western end,” according to Tressa Brown, Kentucky’s historic preservation coordinator who coordinates the Kentucky Native American Heritage Commission. “The Chickasaw were there. A bit later the Cherokee came into the southern and eastern portions of the state.”

The state was also home to smaller tribes and the people who lived on these lands before them, but “we don’t know what the people who were here before that called themselves,” Brown said.

The exhibit is open to the public Monday through Friday from 2:00 to 5:00 P.M. from January 8 to February 14 or by appointment. Groups are welcome to attend the exhibit. Face masks and social distancing will be required during viewing.For more information on the Native Reflections exhibit, go to the App’s website at www.theapparts.org or call the App at (606) 262-4076. 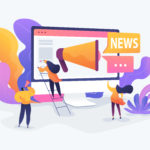 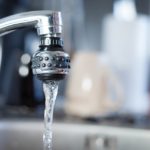 Next:
CITY OF PIKEVILLE UTILITIES TO RESUME DISCONNECTS FOR NON-PAYMENT