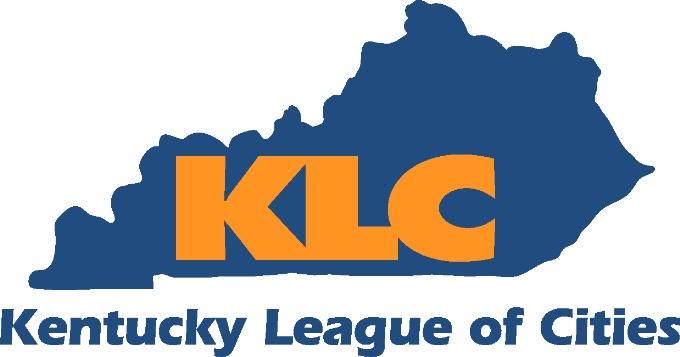 The Kentucky League of Cities (KLC) has announced its annual awards for Elected City Official of the Year, the City Employee of the Year and the new City Government of the Year for innovative city programs and projects.  The winners were recognized on September 18 during at the KLC Conference & Expo.  KLC will make formal presentations locally to all winners this week.

The Elected City Official of the Year Award recognizes an official who demonstrates outstanding leadership and innovation.  KLC represents more than 370 cities and thousands of city officials.  The winner this year is Mayor Steve Austin from the City of Henderson.

The job description may say it’s a part time position, but the City of Henderson has a full-time mayor.  Austin was recognized for the exceptional skills he brings to the job.  To him, the needs of an at-risk neighborhood are as important as those of the business community.   He has completed a number of projects that have increased Henderson’s capacity for growth, including downtown revitalization and enhanced the quality of life for citizens.  He’d rather rehab an old building than tear it down.  His nomination said he is a problem solver and a great listener to people of all ages and from all walks of life, including city employees and other elected officials at all levels of government.  He is a convener and builder of partnerships.  Described as approachable, professional, passionate and a gentleman, the nomination read, “We are so proud to have him represent us.”

The award is sponsored by Adams, Stepner, Woltermann & Dusing, PLLC, which provides a $1,000 donation to the charity of Mayor Austin’s choice.

With 15 decorated years of law enforcement service and numerous recognitions, Clayton Sumner became one of Hopkinsville’s youngest police chiefs in 2015.  He has created a standard of excellence.  In one year, the city’s crime rate dropped by 20 percent and case-closure rates range from two to three times better than the state average.  The chief regularly provides televised reports to the public.  He meets with community, at-risk, and neighborhood groups. The chief has been a leader in the areas of cybercrime and electronic fraud and he has spoken nationally about several of Hopkinsville’s initiatives.   He demonstrates that the Police Department is a great community force, not just for protection, but for good.   In a recent community survey, more than 90% of respondents said they feel safe walking in their community.  This year, The Hopkinsville Police Department also won the Christian County Chamber of Commerce “Friend of the Community Award.”   The chief’s nomination read, “He represents grace under pressure, integrity and respect for all.”

The City Employee of the Year is sponsored by the law firm of Mazanec, Raskin & Ryder Co., L.P.A., which will provide a $1,000 donation to Hopkinsville/Christian County Boys and Girls Clubs in honor of Chief Sumner.

This year, KLC launched a new award, the KLC City Government of the Year Award.  The award recognizes a city that has done something transformational and our first ever recipient certainly demonstrates a city making a huge impact on its region.

The City of Pikeville received the honor for its remarkable work in the area of strategic economic development.   Historically, the coal industry has been the driving economic force in Eastern Kentucky.  When that industry faced obstacles, thousands of miners and associated workers were impacted.  City leaders decided to repurpose 400 acres of property.  The result was a courageous decision by city leadership and officials to develop the Kentucky Enterprise Industrial Park.   Other industrial projects had not been successful, but the city, working with consultants, created a very intentional plan.  All the while, the city continued to develop its downtown core, support local businesses, recruit new retail and hotels and work with Pikeville College and the local hospital.  They continue to further enhance infrastructure, broadband and quality of life enhancements.  Three high profile companies are now coming to Pikeville that will provide more than 1,000 jobs to Eastern Kentucky.  Several small IT start-ups are now working to retrain miners for that industry …. And the list goes on.  The City of Pikeville experienced some of its darkest days with the loss of coal but its has future is bright.   Now a regional hub, the city has helped bring billions of dollars to the area, all of which is changing the trajectory of Eastern Kentucky.

The City Government of the Year Award is sponsored by Collins & Company, Inc., which will provide a $1,000 donation toward a city project.

“Our awards recognize the great work officials and employees are doing in our Kentucky cities,” said Jonathan Steiner, KLC executive director/CEO.  “Our winners are exceptional examples of why cities are so important to the residents they serve, and to the commonwealth overall.” 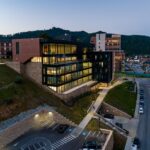